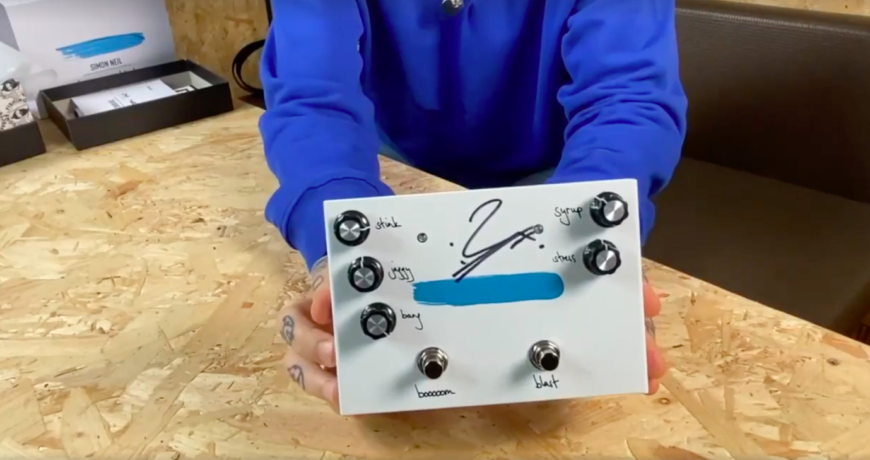 Good news for Biffy Clyro fans; you can soon incorporate in your rigs a guitar stompbox designed by the Scottish rock band, thanks to Gone Fishing Effects’ newly announced signature drive unit for frontman Simon Neil.

Named the Booooom / Blast, the stompbox consists of five dials (stink, jaggy, bang, syrup, and stress) along with two footswitches (booooom and blast). The unit will be available for preorder this Friday (November 6). All the pedals included in the limited batch come hand-painted and signed by Simon himself.

The frontman spent a while teasing his signature dirt box on Instagram, sharing a brief look (and listen) of what may be a prototype of the Booooom / Blast.

The video teaser posted on November 3 comes after a similarly cryptic teaser published a couple of days earlier (October 31). In the latter clip, Simon said, “We’ve been very, very busy.”

Both teaser videos are up on the Gone Fishing Effects Instagram account. The brand is a newly launched brainchild of Biffy Clyro guitar tech Richard Pratt.

Each limited edition Simon Neil Booooom / Blast pedal costs £299. Check out Biffy Clyro’s Instagram to hear a brief preview of what it sounds like and see Simon’s unboxing video.